The Gapscene, a first acquaintance

The Gapscene, or Garmisch-Partenkirchen scene is a sidesplitting comic, drawn by someone, whose life – because of his psychiatric background – mainly takes place along the frayed edges of the society. You could discribe the Gapscene in the following hilaric way:

In a quiet little room simply count until eighteenmillionthreehundredsixtyfivethousendtwohundred- fourtythree on your – with paperfilm equipped – countingmachine, while outside – during a dance-act by “nearly anorexics” – the corks of the champagne bottles get removed, because of a schoolmate, who finally weights 250 kilo, after years of binging.

When this absurd kind of humor insires you, I would suggest you to get to know the Gapscene quickly. This comic, which mainly takes place in the from spectacular snow covered mountains surrounded town of Garmisch-Partenkirchen (once residence of the author) will be a joy of recognation for every “life artist”, “neurotic”, “weirdy”, “hyperkinetic” or “autist” with self-deprecation. Nevertheless, you don’t have to be an outsider for laughing loudly when you read the “Garmisch-Partenkirchner Scenes”. Everyone who recalls his or her young wild years sentimentally, or enjoys them right now, will appreciate the Gapscene all the time.

It isn’t without reason that the motto of the author is: “treasure the child inside of you” 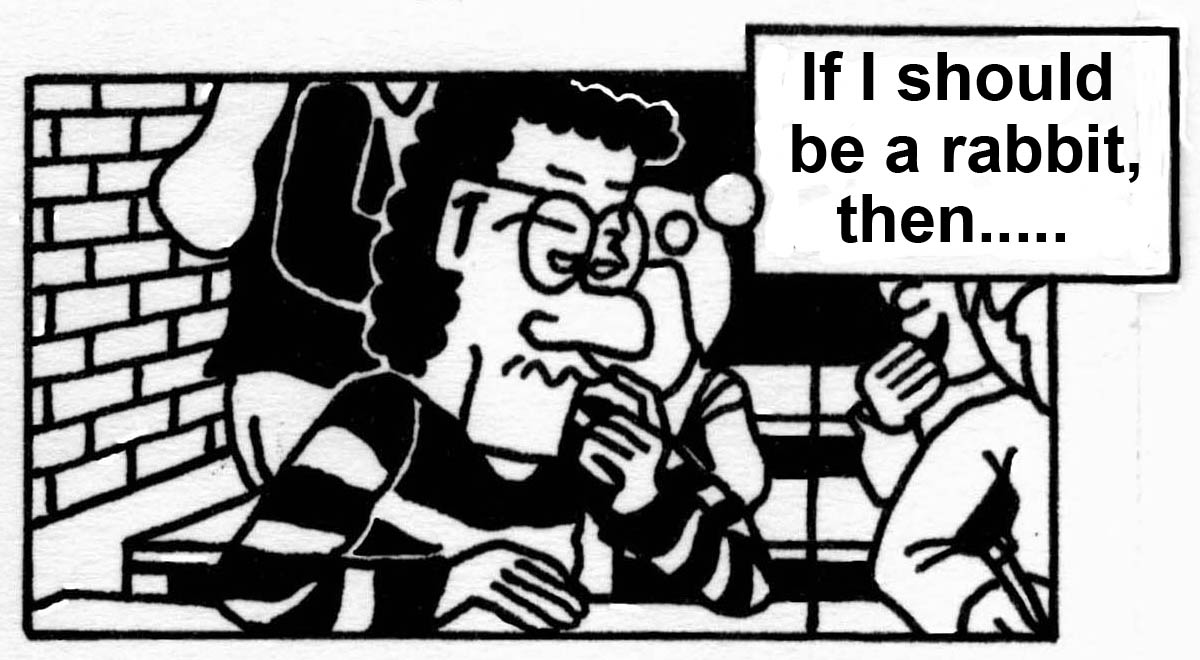